ELIZABETH TAYLOR: A SMILE ON THE NILE.
When Richard Burton signed to play Marc Antony in “Cleopatra,” he sneeringly referred to co-star Elizabeth Taylor as “Miss Tits.” Burton’s attitude to Taylor would, of course, evolve during the film’s production, but his observation remains especially cogent. When Taylor’s Queen of the Nile enters ancient Rome with a display of her home-grown pyramids, she’s displaying a cleavage dip deeper than the Nile Delta. URSULA ANDRESS: THE ULTIMATE WET DREAM.
Let Sean Connery drink his shaken-not-stirred cocktails – our cocktail hour in “Dr. No” is on the beach, where Ursula Andress’ Honey Ryder is emerging from the surf. Andress’ inadequate vocal prowess required one Nikki Van der Zyl to dub her lines, but no one was needed to dub her more-than-adequate breasts. 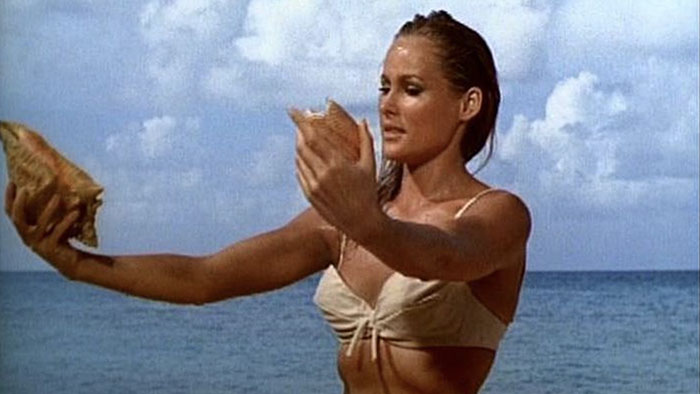 HONOR BLACKMAN: A TASTE OF LEATHER.
Ursula Andress may have begun the tradition of the Bond Girls, but Honor Blackman’s P***y Galore was the apotheosis of this distinctive sisterhood. The 36-year-old Blackman was somewhat mature to be a “girl” and her frontline should’ve earned her the name “Titty Galore” instead. Yet she filled her role with an adult sensibility that literally flipped Sean Connery head-over-heals. Blackman’s film career never quite clicked after her “Goldfinger” triumph, but for those who measure quality over quantity she nonetheless achieved immortality with her own version of the Midas touch. 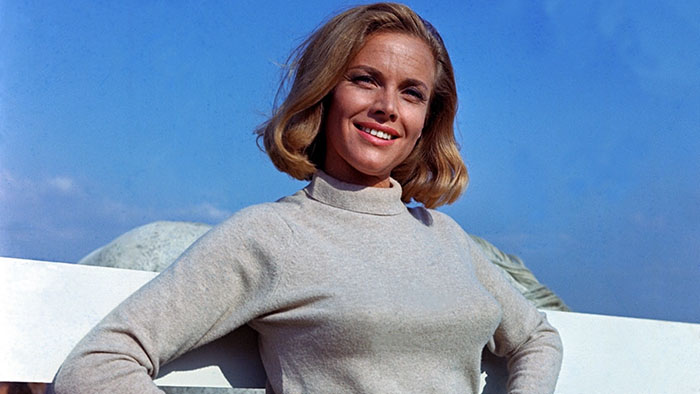 RAQUEL WELCH: PREHISTORIC POWER.
Raquel Welch’s star climb might have been achieved faster if she shed her clothing earlier, but ultimately it was worth the wait. The 1967 “One Million Years B.C.” featured Welch in a prehistoric romp as a cavewoman wearing mankind’s first fur bikini. Her Neanderthal visage was strikingly different from those of the GEICO cavemen, and even Monty Python weighed in (Eric Idle, playing a school boy being interviewed by the BBC, stated with all sincerity: “I want to have Raquel Welch dropped on top of me”). 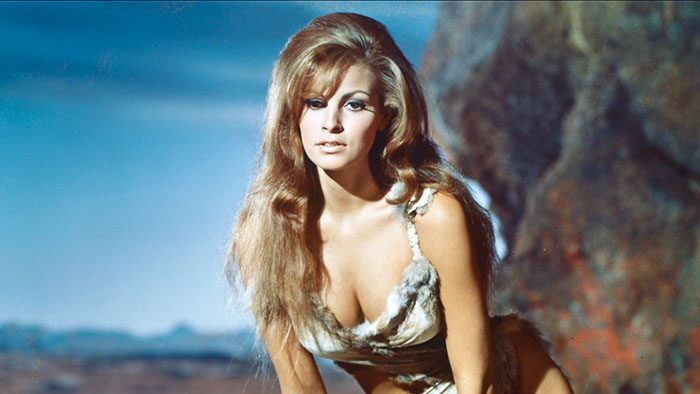 CHESTY MORGAN: TOO MUCH OF A GOOD THING.
Sporting a size 73 bra, Chesty Morgan is clearly the biggest girl in movies. The Polish-born, Israeli-raised Ilona Wilczkowski brought a great deal from the Land of Milk and Honey (emphasis on the milk) to her cult movie appearances in Doris Wishman’s “Deadly Weapons” and “Double Agent 73,” where she played characters who asphyxiated men by smothering them with her breasts. Federico Fellini saw the surreal aspects to these supersized jobs and included her in his over-the-top “Casanova.” Alas, her scenes were cut from the final print, but the jettisoned footage has found a new life on YouTube (though we wonder if Chesty Morgan will ultimately sink YouTube’s bandwidth). TURA SATANA: ME-OWWWW
Would “Faster, Pussycat! Kill! Kill!” have not been such a cult treasure, had Tura Satana opted not to star with her two scoops of Man heaven tucked underneath a skin tight black V-Neck? Probably. Satana’s big beautiful beefy bust, paired with her undeniable sex appeal, makes her the psycho bitch you love to hate, who isn’t afraid to smother a victim in them, and then break their back at the drop of a dime. The image of Tura in her black jumpsuit is permanently burned into movie lover’s minds. That’s why we love Santana and her legendary twins. 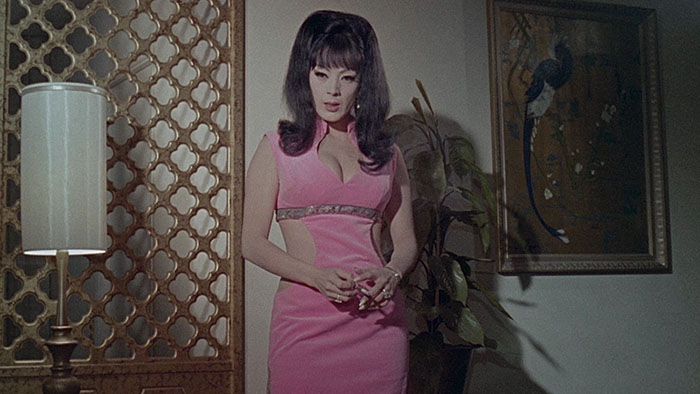