The intensity of the story reigns supreme throughout the majority of The Complex: Lockdown, potentially making the film too much for some audience members. Luckily, writer, Lynn Renee Maxcy, plans for this and makes some adjustments that help make the story a tad bit more approachable. For those who appreciate some childish humor or are fans of the American version of The Office, clear opportunities present themselves to land hilarious “that’s what she said” jokes. After nearly a dozen missed opportunities, and when I had finally thought to get my head out of the gutter, Maxcy delivers a brilliant zinger via the perfectly placed “that’s what she said.”

While this joke and the anticipation of the joke play no role in the story, and, honestly, wouldn’t be missed if it didn’t exist, it provides viewers with a sense of levity after an intense story that refuses to relent. This small but marvelous joke provides enough comedy to balance the severity and lightheartedness of the film. The story feels a bit derivative of the ever-popular Outbreak or certain episodes of Criminal Minds but manages to feel fresh in some ways. The added dimension of being able to play along (even if that option is not made available to those watching as part of a festival) adds to the freshness of the final product.

The Complex: Lockdown feels like a video game as it becomes too dramatic at times and simplistic in dialogue at others, but the acting manages to let viewers look past these minor issues, appreciate what Maxcy and Raschid have accomplished, and consider purchasing the interactive film for themselves. The Complex: Lockdown intrigues viewers in the most intense fashion, but keeps them level-headed with an attractive cast and moments of humor. 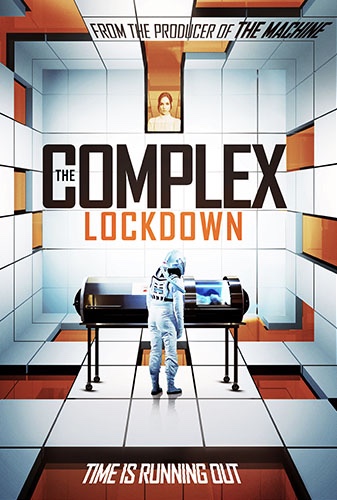 "…delivers a brilliant zinger via the perfectly placed 'that's what she said.'"