Since college is a social setting, many are drawn to the allure of fraternities and sororities. Unfortunately, those who wish to join a fraternity must complete a series of demanding and embarrassing tasks to gain membership. Woefully, hazing has precipitated the deaths of numerous college students across the country. Rushed explores the significant impact hazing has on the victim and the victim’s loved ones.

Admittedly, director Vibeke Muasya’s drama is not the first film to handle the subject, with David Burkman’s Haze coming to mind as a notable example. However, despite not being a relatively novel drama about the hazards of hazing, the indie film is fairly enthralling, especially as it turns into thriller territory. Much of this success is due to screenwriter Siobhan Fallon Hogan’s riveting lead performance.

Muasya begins Rushed with a hazing scenario in which Jimmy (Jay Jay Warren) and other students are blindfolded, given copious amounts of alcohol, and left in the middle of the woods. Steven (a convincingly vicious Jake Weary), the fraternity president, berates them. This introduction is foreboding, highlighting the pleasure fraternity members have at the expense of pledges and reinforcing the danger of hazing.

Barbara O’Brien (Hogan) is an Irish Catholic woman whose life revolves around being a mother to her children. Every morning, she wakes up early to say the rosary. After making breakfast for her children and husband Jim (Robert Patrick), she drives the kids to Catholic school and persists in being the best mother she can be. Her eldest son, the aforementioned Jimmy, is away at college, and Barbara can’t help but worry about him. 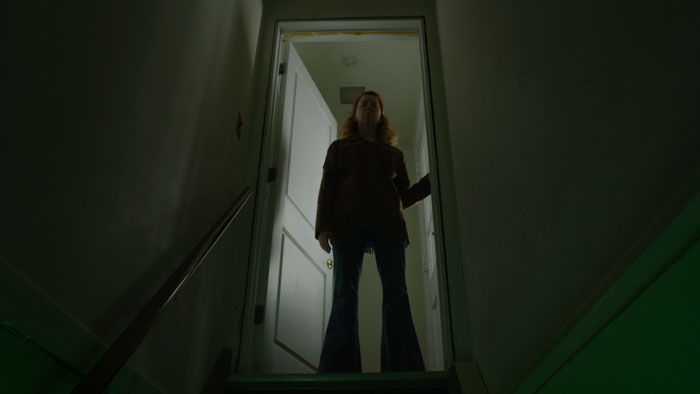 “…a hazing incident results in [Jimmy’s] death, Barbara is devastated.”

In addition to juggling schoolwork and his mother’s constant calls, Jimmy performs harmful and mortifying tasks in order to join a fraternity. After a hazing incident results in his death, Barbara is devastated. To rub salt into the wound, the school nor anyone in the fraternity has been found not liable for Jimmy’s death. After discovering that fraternity-related deaths are not uncommon — and in most cases, the school is found not liable — Barbara sets out on a cross-state journey to talk to other mothers who lost their son to a hazing incident. She hopes to build a case for reform, but false promises prompt her to take matters into her own hands.

Siobhan Fallon Hogan is the driving force behind Rushed, both as the lead actor and the screenwriter. She perfectly embodies the tense, grieving mother with untapped anger. Barbara is frantic and eccentric, and Hogan plays her with sensitivity. Matthias Schubert’s restrained camerawork compliments her performance, underscoring the character’s restive behavior as she mourns and lashes out. The screenwriter writes blunt and impactful dialogue and develops Barbara with an agreeable amount of naiveté and maternal rage.

Barbara’s vexation is understandable, and for the majority of the film, she channels it into something good. Despite being depicted as a vengeance thriller, Rushed is not overflowing with suspense. Perhaps it is the mother’s peculiar behavior and non-threatening presence that doesn’t quite put one on edge. However, Hogan exploits that, taking the character in a completely different direction in the final act that pushes how far the character will go to fulfill justice for her son. Wisely, that sense of unease does not foolishly exploit the protagonist’s pain and loss for unnecessary violence.

Rushed, while appropriately solemn, often feels undercooked, especially during the middle portion when Barbara is building her legal case. Fortunately, the ending elicits more intrigue and delivers on that intrigue. The sound is not the best quality, but that doesn’t take too much away from the movie. Hogan’s compelling performance is emotionally resonant, helping convey the heartache of losing a child and being told no one is to blame when someone is at fault. All in all, this is a well-acted thriller that is surprising and sensible. 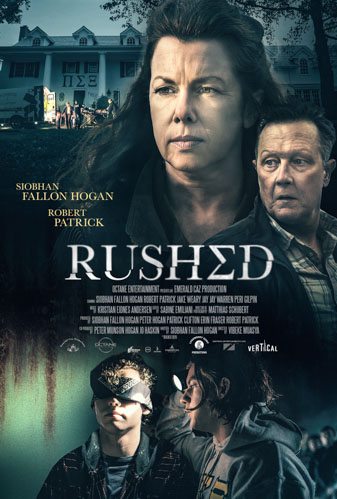 "…a well-acted thriller that is surprising and sensible."