The Most Iconic Gambler On Screen

Many critics say that ‘The Gambler’ by Dostoevsky is one of his most underestimated works, ‘an overlooked masterpiece’ of the Russian writer, as someone referred to it. ‘Crime and Punishment’ and ‘The Brothers Karamazov’ are the titles everyone deservedly knows. As for ‘The Gambler’, the book turned out to be a generous spring of inspiration for film directors and scriptwriters, and many of them believe it to be better suited for screens than the mentioned magnum opuses. Dostoevsky’s ‘Gambler’ might have changed the language, the geography, the faces, but it has kept the essence. And who knows, maybe now is the very moment for a new adaptation with a lot of room for modern-theme twists? As we are surely witnessing another rise in gambling thanks to the prospering virtual reality and its fruit: online casinos and sports betting platforms, casino bonuses, minimum deposit casino Australia, online slot machines, Poker, Blackjack, and, of course, Roulette.

A lot of people who have read the novella say that they could actually feel that mesmerizing effect of Roulette seizing their minds through the pages of the book. The story, and especially the parts at the casino table, where the characters take out the last banknotes and coins from their pockets and put them all obediently on the altar of the Gambling Goddess, felt almost hypnotically realistic. Most readers note this effect first, and then they might mention the characters of the book, their family-related trials and romantic turmoils, dramatic conflicts. All the elements a story usually consists of seem to be in the background, overshadowed by the Gambler’s emotional state and his obsession…

So, how did this Dostoevsky’s novella manage to be so persuasive for those who never spun a Roulette wheel in their lives and, at the same time, for those who did? And how did the story written in 26 days become the ultimate testimony of a gambler that has been revisited by scriptwriters and film directors since 1866 (the year it was published) time and time again in different places all across the globe: Germany, France, Argentina, the USA, the UK, Italy, Hungary, Spain..? 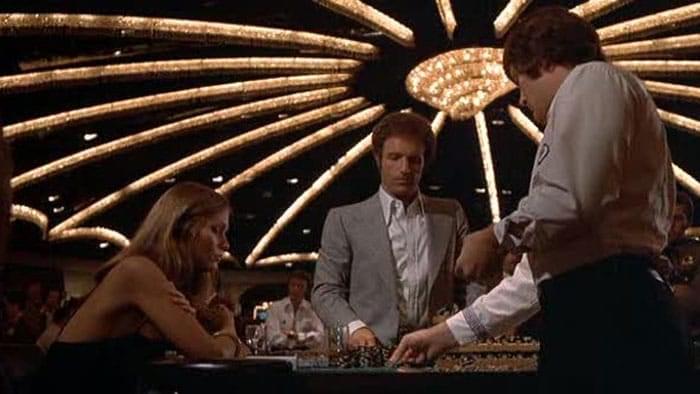 In ‘The Gambler’, not just one character indulges in some card games and Roulette: many of them try to solve their troubles by hitting the jackpot. And it is not an unnecessary fictional exaggeration. Gambling was one of the most common ‘hobbies’ or ‘spare-time’ activities among the Russian nobility of the 19th century. There was also a shabby-genteel swath of society whose only hope for survival, in their opinion, was that one lucky card draw or drop of the ball. All or nothing! – they declared enthusiastically and bet all their possessions on zero… Romantic, young, noble, brought up to be heroes, wanting an escape, many of them caught Lady Luck by hand from time to time to lose all her gifts next night at the same table. Many of them couldn’t cope with the losses and ended up with a gun pointed at the temple, held in their hand.

Fyodor Dostoevsky knew it all too well. Just like many true artists, he was a passionate man, easily carried away. When Dostoevsky was younger, he was into cards, and in 1863 in Wiesbaden (Germany), where the writer had come for a vacation, he played Roulette for the first time. Some biographical records say that he won 10,000 francs that evening – his biggest gambling success. Beginner’s Luck, indeed. The next night he lost half of that sum, and since then, all his gambling ventures were all going in the same direction: downhill. During that Wiesbaden trip not only did he blow away a huge part of his fortune, but he got into debt, owing Roulette money to his admirer and lover (Polina, who also came alive in the ‘Gambler’).

The writer became a prototype of his fictional Gambler, and even some pieces of his own love story with Polina found their places on the pages.

The second time Mr. Dostoevsky fell into the clutches of Ms. Roulette was a few years later – in 1867, but in the same place. He had got married recently and came there with his young wife, Anna. The writer first won 4,000 francs and saw it as a sign – finally, Luck was on his side, and it would help him solve his financial problems. Dostoevsky spent all the money he had been saving working hard the previous years. He got into debt again. The couple had to pawn the wife’s jewelry and accept financial help from the writer’s brother and mother-in-law.

So, that’s the secret of the mesmerizing and emotional tune of the book. Dostoevsky knew what gambling addiction is; he felt the desire, the thrill of the hunt, the fatalistic hope. And he faced the outcomes: the debts, the despair, the shame. He poured all of it into his book, organizing and decorating the testimony with the tools he’d mastered the best – words. And who can tell a better story than a person who’s lived it?

According to the writer’s wife, who had witnessed Dosyoevsky’s struggle, you can be the strongest person in the world with unbendable will and unsullied honor and still get hooked. ‘Gambling is not just a situational weakness: it’s an all-consuming obsession, something like a squall. You have to accept it and treat it like a sickness…’

Dostoevsky’s wife Anna helped him overcome the addiction, and in 1871 the writer gave up gambling for good. The year 1866 was stressful and dark for Dostoevsky. His first wife, who he had been married to for seven years, and his brother died. Plus, the writer was in dire need of money as he had not stopped gambling. The creditors and his inner pain were pressing him from both sides. Dostoevsky had to sign a publishing contract whose terms could hardly be called anything else but bondage. One clause of the document stated that if Dostoevsky failed to submit a new novel on the set date, the publisher would have a right to print his other works for free for nine years.

The book was due 14th of November 1866. It was summer, and the writer started thinking through the plot of the new story. Despite the tight deadline and dreadful consequences of failing to meet it, the novel was not coming along.

October arrived, and not a page was written. A friend of Dostoevsky suggested that it was high time the writer found help and maybe hired a stenographer. Reluctant at first, Dostoevsky agreed in the end… They started on the 16th of October 1866, and, on the 10th of November, four days before the deadline, ‘The Gambler’ was finished.

The novel wouldn’t have happened without the stenographer, a 20-year-old woman called Anna. That very Anna who became Dostoevsky’s second wife and helped him fight his gambling obsession… All the clouds do have a silver lining, do they not?

The Gambler on Screen

So, there have been more than 15 screen adaptations of Dostoevsky’s story – partly personal, partly fictional. Plus, the novel found its way to the musical stage: in 1917, Sergei Prokofiev, a Russian composer, created an opera (the Gambler), no more no less.

We have prepared a list for those of you who are interested to see how Doestoevsky’s Gambler is seen in different countries and settings. Prepare your popcorn and enjoy!

The list is not complete, though. We would also like to mention 2 movies based not just on the novel but on Dostoevsky’s story of how the book came to be written: ‘The 26 days from the Life of Dostoevsky (the USSR, 1981) and ‘The Gambler’ (Hungary, 1997). On top of all that, there is a 1969 TV mini-series from BBC and a modern play written by Dolya Gavanski – ‘The Russian Gambler’ – of 2013.