Tyler Wayne’s Goodbye, Butterfly opens with a tender moment between a father, Ryan (Adam Donshik), and his five-year-old daughter, Mia (Addison Ross), going over the day’s art project together. Cut to the middle of a forest, and the daughter is dead. Wayne’s feature-length debut is the story of a father’s obsessive pursuit to find his daughter’s killer.

Ryan’s life starts to spiral out of control. His wife, Jessie (Jennifer Adams), leaves him and Detective Ivy Hammett (Marie Burke) has no substantial clues to pursue. So Ryan decides to take matters into his own hands. While spying around his neighborhood with a pair of binoculars, he sees Stan (Andrew Lauer) sitting at his dining room table holding the butterfly hairclip Ryan’s daughter wore the day she was murdered. When the police search Stan’s home, they find nothing—not even the hairclip.

Believing that Stan is the murderer, Ryan coaxes his ex-con friend, Tyler (an uncredited Tyler Wayne), to help him kidnap Stan and extract a confession from him (or murder him. They’re pretty unclear what they want to do). That’s precisely what they do, but Stan is adamant that he is not the killer, that Ryan didn’t really see the hairclip in his hand, and that Stan was a victim himself, swear to the Lord Jesus Christ. But Ryan and Tyler have gone too far and now have nothing except a police car and a prison sentence to look forward to. 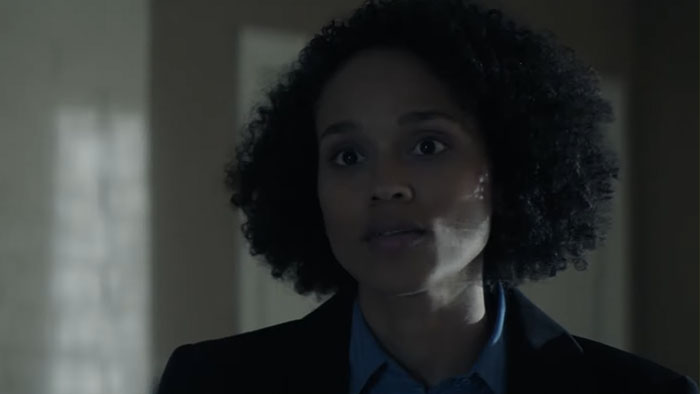 “…holding the butterfly hairclip Ryan’s daughter wore the day she was murdered.”

Goodbye, Butterfly has all the elements of an excellent indie thriller. A sympathetic father seeking justice, a good-hearted ex-felon wanting to help his friend, and a suspect who may not be as innocent as he says he is (I don’t know, maybe?). Because it is an independent film, the story is straightforward and refuses to complicate itself. The tension is between Ryan and Stan, with Tyler as the muscle. There is no mucking about with unnecessary sub-plots, thankfully, except Ivy’s official police investigation.

Ultimately, the question is whether Stan is the killer or not. Wayne finds the right beats to reveal the answer, then, like a song, places a proper series of twists and turns leading to its ultimate gruesome conclusion without losing our attention. I hate being vague, but you know… spoilers.

The story is the star with Goodbye, Butterfly. It may not be the most innovative one, but it’s solid with very few plot holes that a bigger budget may have filled. Adam Donshik is no Liam Neeson, but he admirably carries the movie, as does Marie Burke as a convincing, good-hearted detective.

You can’t go wrong with Goodbye, Butterfly. It’s one of those weekend hangout type films with friends, a few beers, and a thrill or two. 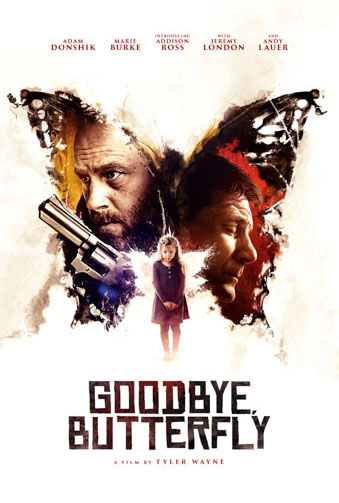 "…places a proper series of twists and turns leading to its ultimate gruesome conclusion..."