Alberto And The Concrete Jungle

Alberto And The Concrete Jungle takes an utterly charming, if slightly eccentric character, the titular Alberto, and places him in the middle of an untenable situation populated by some of the most obnoxious and annoying side characters imaginable. Aside from the nomadic photojournalist and the bickering, high-strung reporter he begrudgingly teams up with, the rest of the characters are self-centered windbags who grate on the audience’s nerves. This makes enjoying the comedic escapades on display very difficult.

To be entirely fair to writer-director Chris Shimojima, the sheer absurdity and goofiness of both the predicament Alberto is in, and the people he meets along the way is the entire point of Alberto And The Concrete Jungle. But that does not mean this oddball, operatic odyssey gets a free pass to irritate the viewers. Instead, it is a reminder that tastes vary, and some not be bothered by the supporting characters.

Alberto (Alejandro Santoni) is an in-demand photojournalist who hops from country to country after a few months in one place. He uses AirBnBs and charm to land places to stay. So long as Alberto has his camera, laptop, and a Wi-Fi connection, Alberto can work from anywhere. He’s currently in the Big Apple. 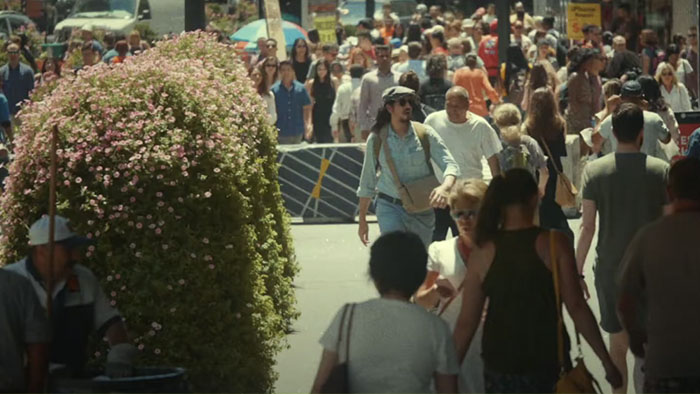 As Alberto is preparing to leave for another country, a corrupt social media mogul kidnaps him. This executive demands that the photographer takes his staff’s portraits, as his company (think Buzzfeed but more pompous) is gaining traction. Alberto says no, explaining that he is leaving. So, the corporate baddie blackmails Alberto by threatening to place his fingerprints, which he got thanks to some corrupt cops at a crime scene.

But, Alberto only plays by his rules. He strikes a deal with one of the cops: if he can get this mysterious, famed street artist to take the cop’s portrait, the police will make the fingerprints disappear. To figure out who the artist is, Alberto teams up with the equally work-centric and roving reporter Marina (Julie Voshell). Their journey sees the duo cross paths with community do-gooder Oprah (Rami Morgan), get blown off by people who know the street artist, track down an underground dance crew, and interact with a cult (?) taking synthetic drugs.

First, the positives. As Alberto, Santoni is a delight whose everything wins the audience over instantly. From the odd way he runs to his cues from a silent assistant taking impromptu photos of Alberto when he’s interacting with people, Santoni is effortlessly charming and makes the near 2-hour runtime bearable. When he finally explodes at the always talking, walking irritation that is Oprah, it is such a gratifying moment. The actor plays it with the right mix of exasperation and good intentions. It is an excellent performance, one which deserves a better final product.

Alberto And The Concrete Jungle (2020) 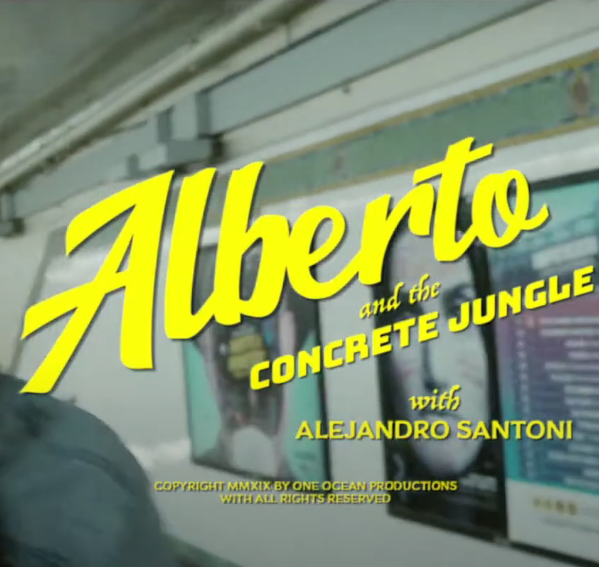 "…populated by some of the most obnoxious and annoying side characters imaginable."