On January 28, 2021, we lost a filmmaker whose work inspired an entire subgenre of horror. Christopher Lewis may not be a household name by any stretch of the imagination, but his contribution to independent cinema cannot be ignored. Without him, we may have never seen the wave of shot-on-video horror that dominated local video stores in the late ’80s and early ’90s. His passing signals a true end to an era that, like it or not, remains ingrained in horror’s history.

In the mid-’80s, Christopher and his wife/business partner Linda saw the potential for an untapped market in extremely low-budget independent horror movies. By using video rather than film, the cost could be drastically reduced, provided the video stores were willing to carry such products. Blood Cult (1985) was not the first shot-on-video horror movie, but it made an impact and has since risen to prominence among fans of low-budget horror. Female college students on a Midwestern college campus are being murdered, and the police detective investigating the crimes finds himself deeper into the mystery than he expected. Structurally, the film blends classic slasher elements of both Herschell Gordon Lewis and Sean Cunningham with the mystery of Alfred Hitchcock and Dario Argento. Keep in mind, this was shot on video in Oklahoma, and some of the performances and dialog are rough, to say the least, but what truly stands out is Lewis’ direction. The opening sequence alone reveals a firm knowledge of camerawork and editing, a trait that follows throughout the director’s career. 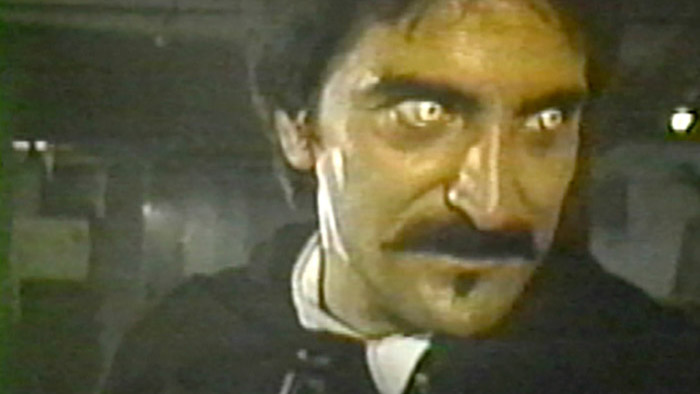 Lewis quickly upped the ante with The Ripper (1985), another tale of murdered college students, ancient artifacts, and Giallo antiheroes. However, this time, he reached out to special effects legend Tom Savini to play the starring role. The resulting film smooths out the edges of its predecessor and further cement Lewis’ eye for the camera while openly referencing the 1960s exploitation films of Vincent Price. Savini has famously apologized for having participated in it at all, despite its reverence among indie horror aficionados.

“…his contribution to independent cinema cannot be ignored.”

Revenge, a loose sequel to Blood Cult, closed the horror trilogy the following year. This time, Lewis firmly grasped the reigns of the production and wrote the screenplay himself. Impressively, this proved to be a vast improvement in his style. While Revenge firmly treads in the same slasher territory of its predecessors, it probably best represents Christopher’s vision in these films. The story follows the familiar slasher pattern of murder, mystery, and artifacts. Still, his true talent shows through here best with surprisingly stunning camerawork and decent dialog for a shot-on-video film, as well as a memorable performance from John Carradine. Sadly, this one seems to be the least revered, as it’s much easier to find bootlegs of the first two on the horror convention circuit. 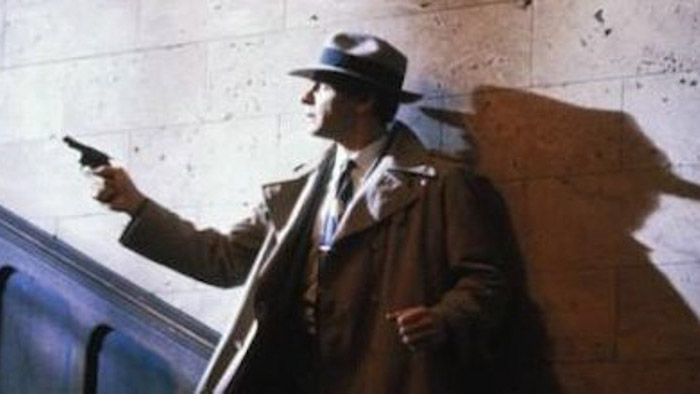 Mystery always remained an integral part of his horror movies, so Lewis made it the centerpiece for his fourth film. 1990’s Dan Turner, Hollywood Detective aka The Raven Red Kiss-Off, nods to the noir that so clearly defined his family. Perhaps his most lavish production is that rare shot-on-video period piece that strives for accuracy by retaining the central elements of intrigue, Dutch angles, and femme fatales. It’s also his most impressive cast, featuring Marc Singer from Beastmaster and V, Paul Bartel of Eating Raoul and Death Race 2000 fame, and Clu Gulager, who’s best remembered for his roles in Return of the Living Dead and A Nightmare on Elm Street 2: Freddy’s Revenge. Hopefully, someone will release a box set of these four films and cement Lewis’ role in the annals of shot-on-video moviemaking.

Through the remainder of the ’90s, Christopher Lewis turned his talents toward documentary filmmaking to talk about subjects that interested him, such as Western swing music and paranormal activity. Two of these entries, 1994’s Still Swingin’ and 1996’s Hauntings Across America (hosted by Michael Dorn from Star Trek: The Next Generation), are available for streaming and showcase the inquisitive, intellectual side of the auteur’s filmmaking.

Christopher is survived by his wife Linda, who actively participated as producer in all his projects.