I’ve been thinking about the fascination audiences during the 1940s and 50s had about stories of the masked vigilante. So far, we’ve explored Zorro, The Shadow, and we went back to the early silent film, Judex. What is it about this time in American History that made audiences flock to stories of a solitary hero forced to hide their identity, dispensing justice when the lawlessness reigned, and the government was either absent or complicit in the injustice?

Directed by Stuart Heisler, The Lone Ranger takes place in the old American southwest. Our setting is the vast farming and ranch land of an American territory hoping one day soon to achieve statehood. The problem is that ranchers, settlers, and colonizers are at odds with a local Native American tribe.

Wealthy ranger Reese Kilgore (Lyle Battger) wants to expand his land to include Spirit Mountain—a sacred land of the Native Americans. His attempt at expansion is not met well as he discovers the arrow-riddled carcass of a stray cow, gutted for meat. The arrows are Native American in origin, and so logically…it had to be the rogue tribe members, right???

Today is also an auspicious day with the arrival of the territory’s governor (Charles Meredith). He’s promised to usher the territory into statehood but warns Kilgore and the ranchers that it will not happen unless lasting peace is struck between them and the neighboring tribes led by Chief Red Hawk (Frank DeKova). 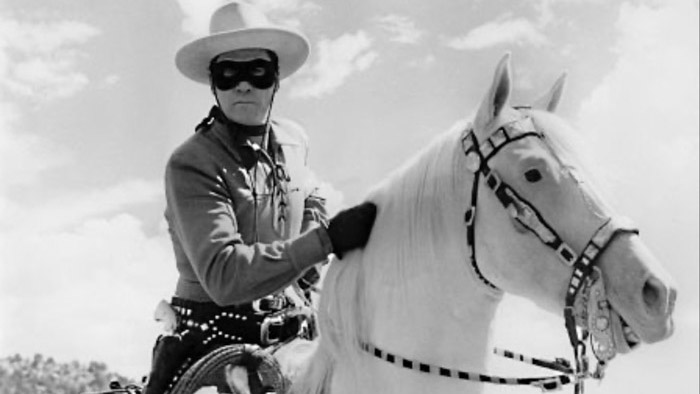 “The Lone Ranger is only interested in two things: justice and peace.”

Meanwhile, trouble is brewing from Kilgore’s right-hand-man, Cassidy (Robert J. Wilke). He believes it was Red Hawk who ordered the attack on Kilgore’s cattle, and he begins to rally the ranch workers to go to war to rid the territory of Native Americans, once and for all.

Standing his Cassidy’s way is The Lone Ranger (Clayton Moore) and his trusted companion, Tonto (Jay Silverheels). The Lone Ranger is only interested in two things: justice and peace. The Ranger is the only bridge between a brewing war between Kilgore and Chief Red Hawk. His skills as an equestrian, gunman, and fighter give him the ability to stand up to both leaders. His acute intelligence leads him to uncover a more sinister conspiracy involving war and the secret of Spirit Mountain.

Unlike the previous films reviewed, The Lone Ranger moves us to the great outdoors, and the majority of stunts are done on horseback. The storytelling is also becoming more complex. Secret motivations are better kept under wraps, and we explore more of the gray side of human nature and the blurring line between good and evil. Politically, The Lone Ranger portrays Native Americans as the underdog, victims of racism and ignorance, and gives us genuine reasons for their distrust of its white settlers.

For a movie about a costumed crusader, The Lone Ranger, it’s a fun watch. Yes, it’s horribly dated, and the extensive use of brown face and its white savior complex makes it the prime candidate for cancellation. The story has layers, the reveal is predictable but works, and moral messing is not overly cringey. It’s worth the journey to the past. 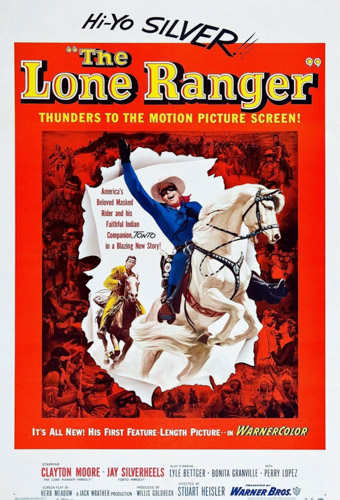