Suicide has always been an epidemic ravaging the world, and the COVID lockdowns certainly didn’t help. According to the CDC, suicide rates jumped 30% from 2000 to 2016. I lost two friends during lockdown and knew of others who were pretty damn close. Paul Emami’s documentary, Stay Alive, hopes to give us a deeper understanding of the dark path to suicide and what we can do as friends and family for someone contemplating suicide and offer them hope.

As a documentary, Stay Alive is about as basic as it gets. At a table are suicide prevention specialist Dr. Mark Goulston, MD, suicide survivor Kevin Hines, and Suicide Prevention Advocate Rayko, all there to discuss this dark topic. The session starts with Hines, born immediately into a world of pain. His birth parents were drug addicts and abusive in during his infancy, and quickly removed from that situation. As a result, they suffered from manic depression and then passed their disorder on to their child. Now add that inner voice of judgment and despair that rattled in Hines’ thoughts constantly. This ultimately led him to jump off the Golden Gate Bridge, and somehow he miraculously survived. 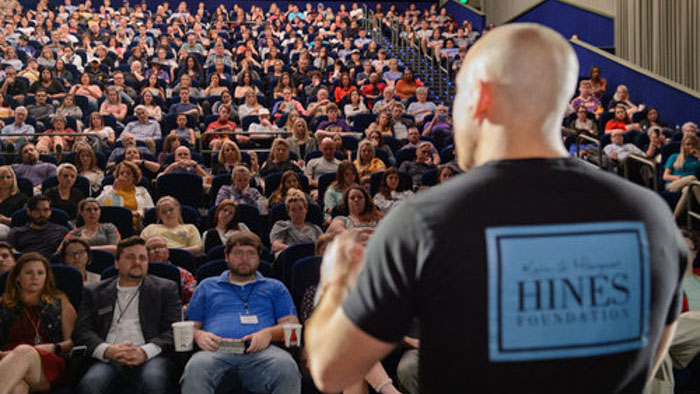 “…led him to jump off the Golden Gate Bridge, and somehow he miraculously survived.”

Along with Dr. Goulston and Rayko, the trio begins breaking down the man’s dark path toward suicide. What goes on in our minds that amplify depression to the point of despair? What are the signs that we should be looking for in ourselves and others? And what steps can we take to pull ourselves out of the spiral? Regarding Hines’ story, the three do not shy away from addressing the challenging and uncomfortable subjects. For the sake of those in that dark place, Hines himself gets deeply introspective and profound about his life.

It’s almost unfair to compare Stay Alive to the more slick, visually intensive documentaries on suicide. From start to finish, it’s Goulston, Rayko, and Hines sitting at a table, talking and crying, with keywords flashing on the screen to emphasize points. Emami’s film is one of those documentaries where the subject is more important than its production values. With life and death on the line, it becomes important to get the information to those who need it most, which is everyone.

Emami’s documentary is a valuable resource for individuals, families, schools, social services, and churches where there is a need. It’s loaded with personal insight and valuable information about suicide prevention. Yes, it’s a bit no-frills, but at the same time, consider watching Stay Alive today versus waiting until the day you really need to see it. "…it becomes important to get the information to those who need it most..."