HBO’s hit show Game of Thrones created a legion of fans and entire new wave of names for babies. And fans of the show have begun to name their children after the most popular characters including Khaleesi, Arya, Theon and Renly to name a few. Below are just a few examples. This is truly life imitating art. 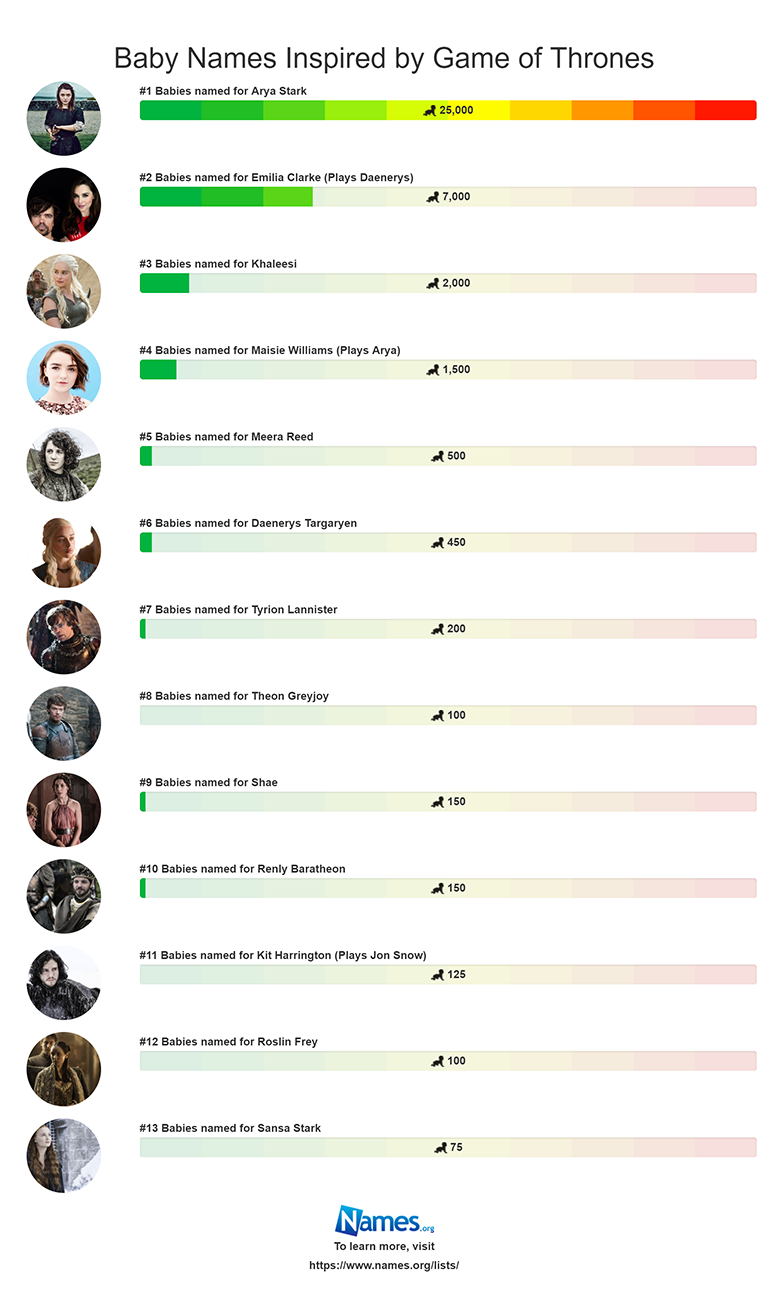 Visit the 13 Baby Names Inspired by Game of Thrones interactive graphic created by Names.org to see the number of babies named after each character by year.